These famous mountains are home to the Dolomiti Superski ski area, one of the largest linked ski areas any where in the world, allowing skiers of all to explore the finest mountain scenery imaginable. And yet it is less known to Brits than other European resorts; a few large commercial companies operate in Selva di Gardena and Corvara making them the most famous resorts for UK holiday makers. But there is more to the area and that is what I want to explore with you.

Consisting of sixteen ski resorts, Dolomiti Superski covers a vast terrain which stretching from the Adige valley to Dobbiaco, the altiplane of the Pala di San Martino  to the awe inspiring Tre Cime di Lavaredo. With an estimated 1200km of piste skiing and 1177km of cross country  you will find fantastic runs second to none. 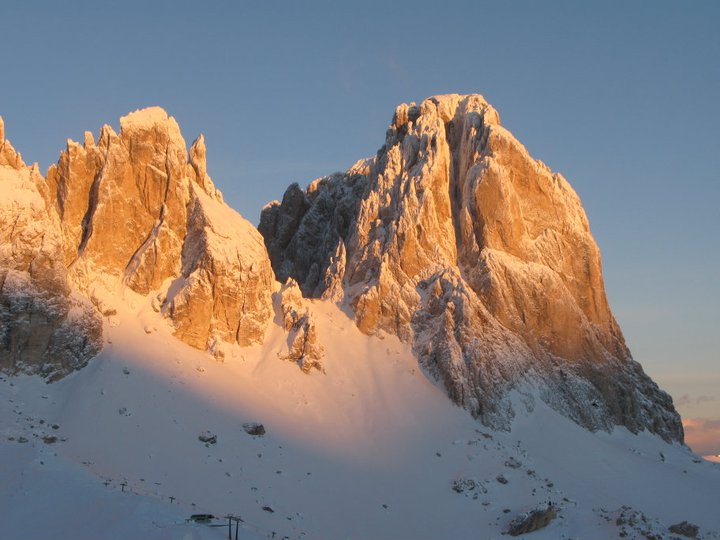 All of these areas are included in one extremely good value for money ski pass – take a look below for a comparison (prices valid 2017/18): 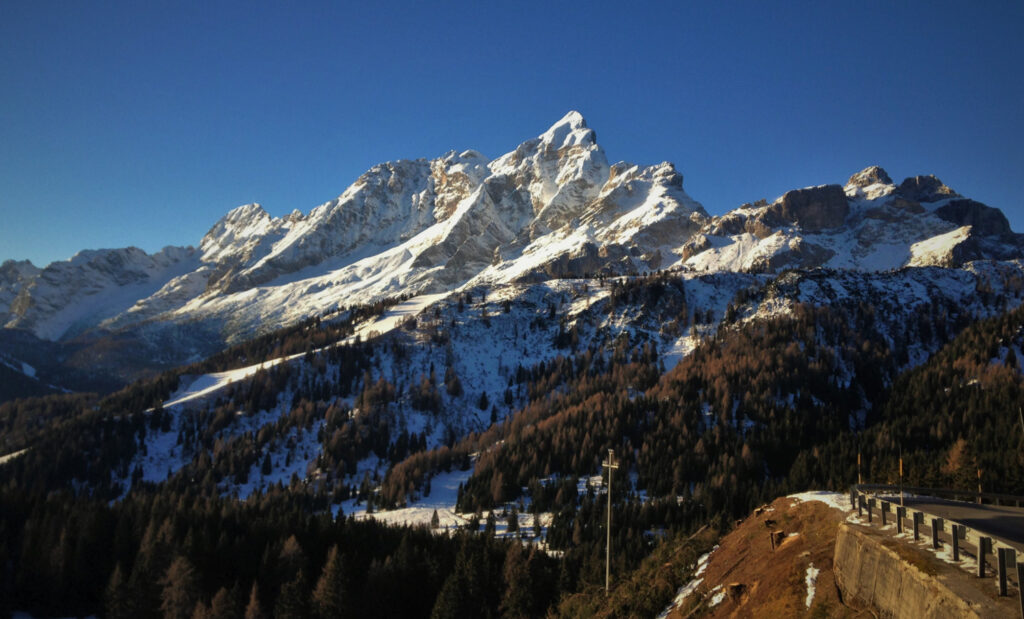 It is simply one of the most interconnected areas in the world, as you can ski anywhere in the area at this price for the duration of your pass. And that is what the Dolomites are really about – experiencing the mountains through a journey. Whilst your chums will be repeating their favourite runs almost daily in other areas, you can be covering virgin terrain every day, seeing new sights and experience the culture of each of the valleys you pass through.

Stop to eat and water yourself and you will invariably find fantastic quality food at great prices. For example yo can expect a good bowl of pasta to cost 8-9 Euro, a meat main course could be between 12 and 15 Euro and a litre of wine could be as little as 8-10 Euro. 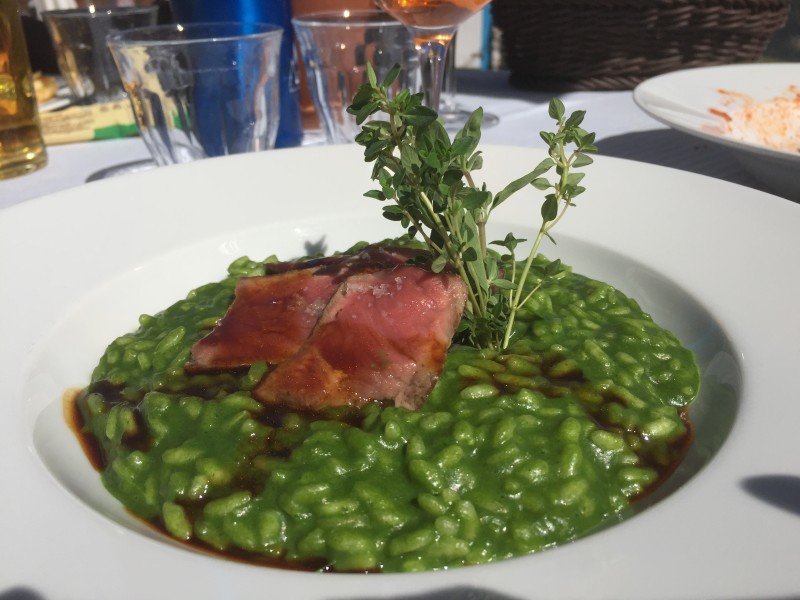 So what’s the catch?

I could say there isn’t one but that wouldn’t quite be true.

Firstly transfers are a little trickier than in other places, especially if you are used to the simplicity of rolling up in Geneva and jumping aboard a transfer bus. We always recommend to our customers to rent a vehicle which can be had for as little as £100 for a small car – the transfer bus to Cortina for example costs 40 euro each and only leaves at certain times, so by the time you pay a  few extra pounds, what you gain is the versatility to travel to other ski areas quickly and easily.

Secondly the area is less snow sure; the particular weather patterns needed for really good snow don’t form some years. As a consequence the area has invested heavily in preparation equipment to top up natural snow levels and when you combine this with grooming far superior to anywhere else I have ever skied you are assured an excellent experience.

Thirdly hotels and apartments are generally not directly on the slopes and you will have to at the very least walk to the lift station. And if you really want to make the most of the area, then a drive of usually around 30 minutes will see you to a totally fresh area, like Falcade which you can’t access by lift from another resort. So you need to be prepared to put in a little more effort by slinging the ski’s in the car.

I’ve heard people say that generally in Italy the lift systems are not as slick as elsewhere – I’ve never found this to be true in the Dolomites, certainly not in the last 12-15 years with the continuous programme of updating and modernisation of the lift system. Once you are away from the honey pot Sellaronda circuit (more of that later) it is rare to queue.

Who’s it best for?

Virtually anybody will enjoy the Dolomites – the scenery is such that even if you are struggling with the skiing, or finding it too easy, there is always something stunning to look at. With the variety of resorts, there is something which will fit the bill; take out local resorts, no more than 10 minutes drive away. Civetta is great for beginners and families, whilst Marmolada/Arabba is perfect for the more advanced skier with many steep reds and blacks and huge amounts of off piste and ski touring. 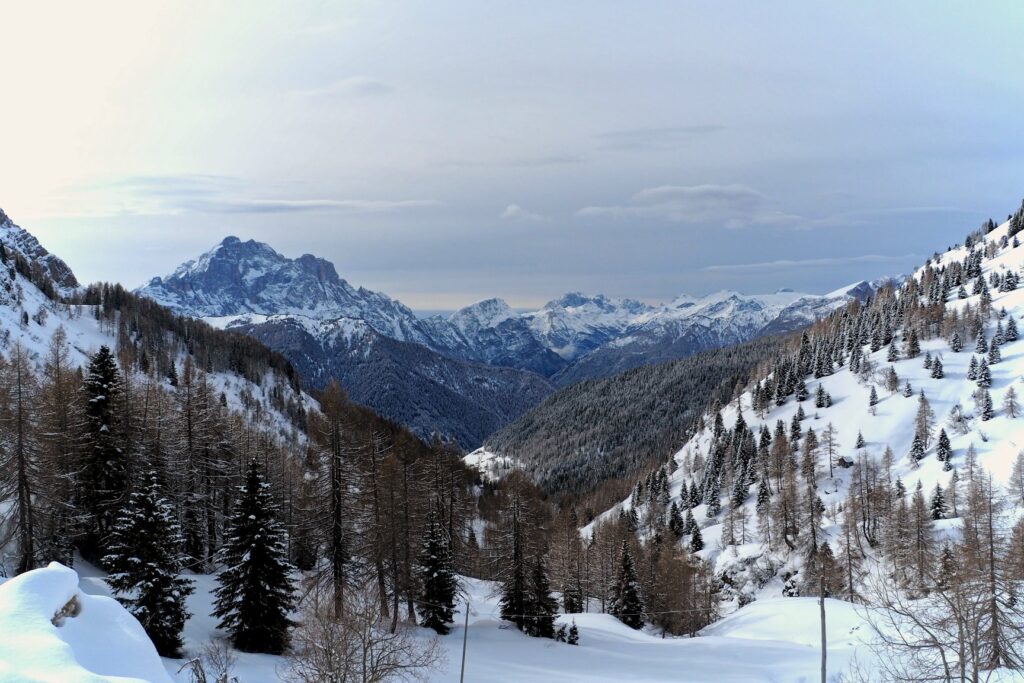 But in particular, the more adventurous skier will benefit from the areas diversity. If you ski red runs competently you will have a great time and will be able to access the circular tours which are available – the Sellaronda, the Panorama Tour, the Giro della Guerra and the Hexentour.

If you can off piste ski, even better – there are runs like Val Lasties and Val Mezdi, plus the huge area of glacier skiing on Marmolada. With the help of a guide you can access dream skiing in wild terrain – gullies where you’d have thought only a pro could venture.

The Sellaronda is possibly the most famous on-piste tour in the world; 40km of skiing around the Sella group passing through 4 valleys with utterly breathtaking views which you can ski in either direction. You can join it from anywhere on the round, including from Casa Alfredino. It’s a great days worth of skiing for anyone who can ski red runs happily. 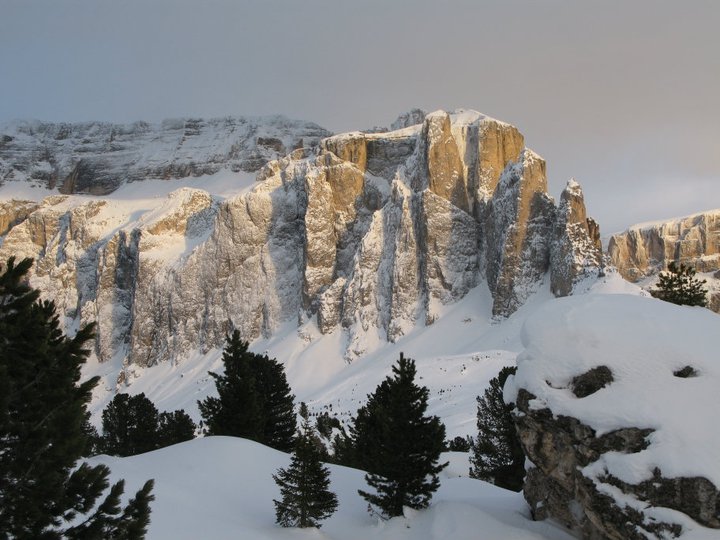 The Giro della Guerra is less known but equally excellent. It follows a route which approximates the WW1 front line and takes in the highest peak in the Dolomites, Marmolada, the Serrai di Sottoguda (a UNESCO world heritage site), skiing beneath the huge Civetta North West face, a 1300m high precipice, the stunningly beautiful 360 view from beneath Monte Averau and the Hidden Valley from the summit of Lagozuoi. It is slightly more tricky to negotiate with two bus journeys and possibly a tow from a horse drawn sledge!

The Panorama tour encompasses a route around Val di Fassa. From Casa Alfredino you can access it by following a short part of the Sellaronda, or by driving over to Alba di Penia which is a 20 minute drive, as long as the pass is open. You ski directly opposite the Cantenaccio and the Marmolada south face and finish up skiing the back of the Sella and Canazei areas. It’s a really nice tour, maybe not of the quality of the other too but still very worthwhile.

The Hexentour is probably technically the easiest route and takes you on a journey from the Sella Pass beneath the ramparts of the Sassolungo to meet the snow bus with it’shuge chained wheels which transports you through a forest to the back of Alpe di Siusi. You then take very moderate slopes across to a cable car down to Ortisei, followed by a short walk, then up the Northern slopes of Val Gardena to reach Santa Christina before returning to Sella Pass. It’s still quite a long day but the scenery is fantastic and it’s fun, laid back skiing.

What else is there to do?

Have you always dreamed of heading away from the pistes and skiing the big mountains? With some training, off piste and ski touring can be the most rewarding days you’ll ever spend on ski’s. It requires good experience on-piste and fitness but it will take you to some of the most beautiful places. For example with an IFMGA guide you can access Punta Penia, the highest summit of Marmolada. If you don’t like the sound of all that exertion, there are many easily accessed off-piste areas, which again, with the help of a guide will see you crashing through powder and trees! 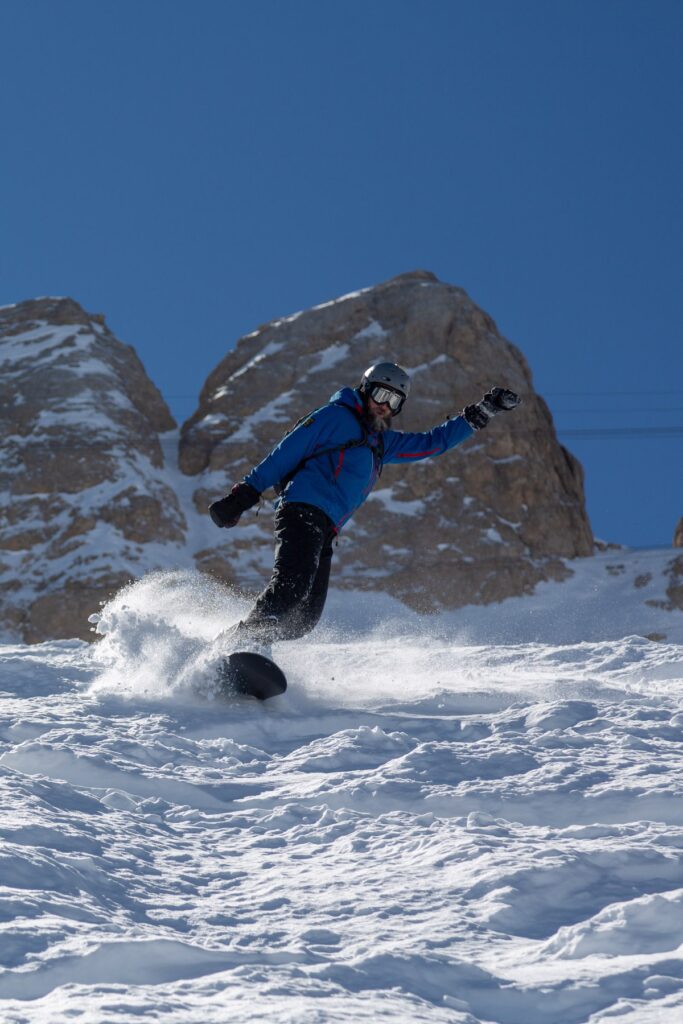 Don’t fancy the high adrenaline of downhill skiing? You could go cross-country skiing; as mentioned above there is nearly as many km of crosscountry pistes as there is downhill, making it one of the best places in Europe. Or if you don’t like ski’s, you could try snowshoeing. The beauty of snow shoes is that as long as you can walk, you can use them. Indeed within reason you can get to the same places as you can with touring ski’s so you can get deep into the mountains with relatively few skills. 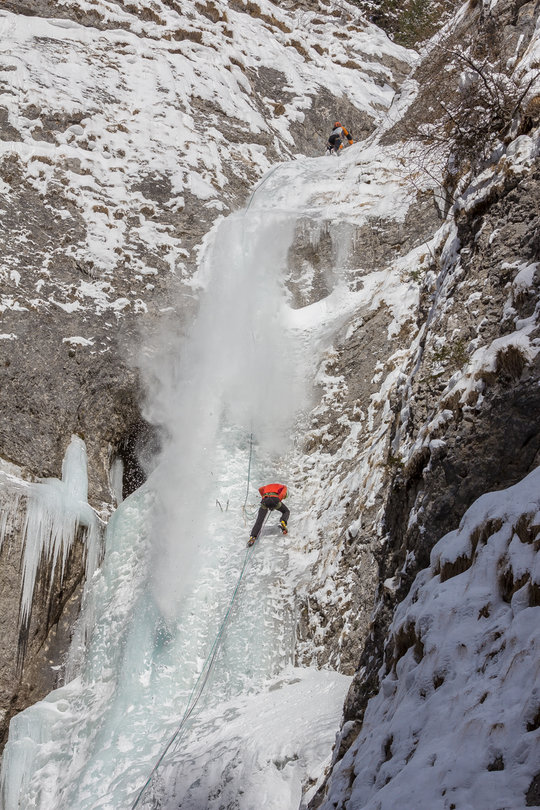 Do you climb aswell as ski? Well there’s also fantastic ice climbing in the region – indeed our local ice climbing spot is famous for it’s frozen waterfalls. If you want to give it a bash, again an IFMGA guide will be able to help you!

And then you have to consider getting there – Casa Alfredino’s closest major airport is Venice Marco Polo; most major airlines fly there but because it is considered out of season for the region, the prices are much much cheaper than over the border in Austria. Below I’ve made a comparison (only valid on the date of publishing!) flying with Easyjet to Venice and Innsbruck, our next closest major airport:

Other options include fly/drive to Milan, Verona, Munich and Memmingen. To drive from the UK takes most people two days – it is possible to do it in one, but it’s a tough day indeed. Better to break it up each way with a stop – we often take a look around Strasbourg as by the time you include the crossing, that makes a good stopping point.

Want to do this all but can’t be bothered to arrange it or simply don’t have the time? Get in touch with us – we have access to everything you could possibly need from a ski host, through to a Partnered IFMGA guide, transportation options and package deals!